*TL;DR: ** *After being an iOS fanboy since the beginning, my phone and tablet are now Android devices, and I love it 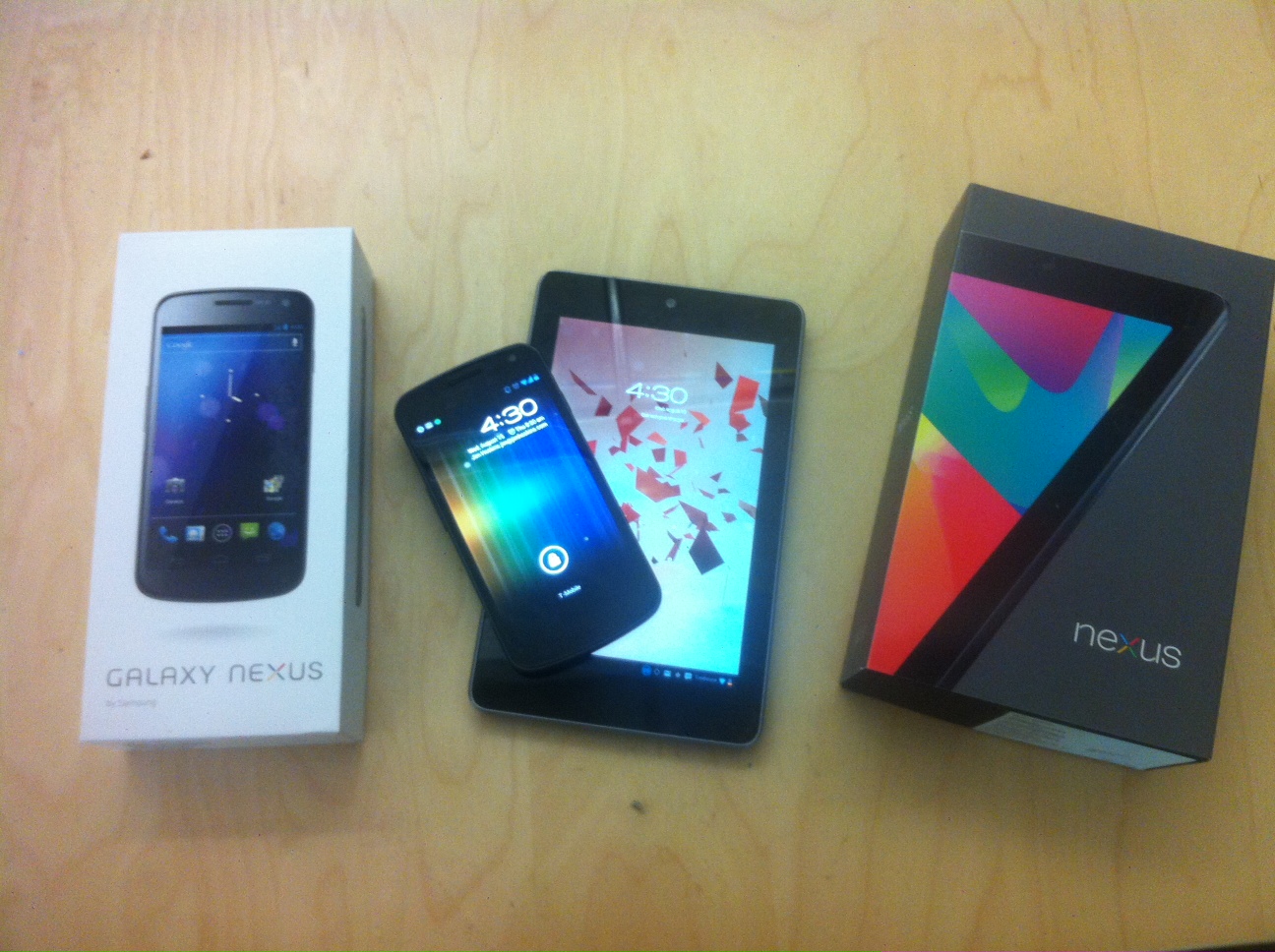 I’ve always liked the idea of Android. When the T-Mobile G1 came out, I was torn. I loved my iPhone, but the promises made by Android were so enticing. Unfortunately, once I got to play with Android 2.x, I realized the choice was simple. Android couldn’t match the smoothness of the iPhone, not to mention the UI of Android had nothing on the beauty of iOS.

So I stayed on the iOS bandwagon, buying an iPad, and iPhone 3G, and iPhone 4, continuing to sign away my digital life to AT&T one 2-year contract at a time. All the while I was keeping an eye on Android. The problem is, it’s hard to experiment with Android, getting a phone is a big deal and quite a commitment (a contractual commitment at that.)

As Android tablets began to develop, I thought they would be a good platform to try Android on. However most Android tablets are (were) a joke. They were costlier than an iPad with inferior hardware and software. I decided I would be willing to spend around $200 to try out an Android device, with no service contracts of course.

I found a Chinese no-name Android tablet on DealExtreme. I realized it was not the best quality, the software was out of date, running 2.2 while 3.0 had been out for quite a while. I just wanted to try it out and hack on it. Unfortunately, Android 2.2 is quite an awful experience, and the tablet quickly fell out of use.

Later, Amazon released the Kindle Fire, a $200 “Android based” tablet. I wanted to use stock Android, so the Fire with it’s customized experience was a no-go for me. It’s just not Android enough. Reviews of the Fire confirmed my decision to give it a pass.

Enter Google, the company in charge of Anrdoid itself. They offer their first Nexus tablet, the Nexus 7. It comes with the latest stock Android, 4.1 Jelly Bean, and some pretty decent hardware specs. All of this for $200, SOLD! I ordered mine the day it was announced.

Once my Nexus 7 arrived, I began playing with it and I discovered Android 4.x is a whole new Android. Starting with Android 3.0 (Honeycomb), the UI had been reimagined, replacing cheap looking gradient crowded UI elements with the smooth, clean “Holographic” UI. It may seem like an insignificant cosmetic feature, but it makes quite a difference, giving the Android device a “premium” feel.

Android 4.1 Jelly Bean also focused on increasing the responsiveness and fluidity of the UI. It shows. The device feels smooth and fast, and I hardly notice any lag. It’s as or more responsive than my iPad and iPhone 4.

The differences in the app ecosystem are pretty easy to adjust to. In some ways it is better, in some ways it is worse. One feature that I found really useful that I didn’t think of before giving Android a try is the ability to associate different apps with different intents. Want to use Chrome or Firefox as your browser? You can set that up easy. On iOS, you write emails with Mail, open links with Safari and that’s just the way it is.

The Nexus 7 is such a great tablet that I immediately wanted an Android phone to go with it.

I took a look at my AT&T account, and discovered that I was free of my contract. That felt nice.

I immediately started looking at the Samsung Galaxy S3, the most powerful phone available at the time. It was available on any carrier, and I was free to choose.

I asked on Twitter about buying an S3 and ditching my iPhone, and the response was largely positive. One suggestion made by several people was to check out the Google Galaxy Nexus.

I had taken a look at the Galaxy Nexus before, but largely chose the S3 because of the hardware bump. What I didn’t take into account was the difference of having a stock Android from Google, and having Samsung’s Touchwiz experience. Since the Galaxy Nexus already had Jelly Bean, and who knows when the S3 would get the Jelly Bean based Touchwiz, I began to consder the Galaxy Nexus more seriously.

Contracts? Who Needs Them?

The other major selling point is that the Galaxy Nexus comes straight from Google carrier unlocked. I can choose my carrier, and I don’t have to sign a contract.

The question then became, which carrier? The choice is pretty limited because I would only be getting the GSM version, not the Verizon CDMA Galaxy Nexus, because I travel outside the USA every once and a while and I want my phone to work. If I can buy a local SIM card at my destination and use it, even better. So GSM means AT&T or T-Mobile, or one of their MVNOs.

Looking online I found the plan that was made for me. 5GB of 4g (HSPA+) data, unlimited text, and 100 minutes for $30/month, prepaid. I looked back on my voice usage and learned I haven’t broken 100 minutes in over a year, and even so, additional minutes are 10 cents. I am a heavy data user at around 2-4GB a month, depending on if I am traveling and tethering a lot.

This plan is often called the “Wal-Mart” plan, because you can only get it on new activations in Wal-Mart or online. More on that in a moment.

I ordered my Galaxy Nexus from Google, ordered a SIM card activation kit from T-Mobile and waited for my new toy to arrive.

My Galaxy Nexus arrived at the office Monday morning. I fired it up, stuck my iPhone SIM card in it (I also bought micro-to-mini SIM adapters), and started playing. My T-Mobile SIM was in the mail, but I wanted to start playing with the network immediately.

The SIM card I ordered online cost one dollar, so I thought I might go to the T-Mobile store and get one in person, and it would be worth a few bucks to get it sooner rather than later.

I went to the T-Mobile store on my lunch break, and asked for a SIM card. I explained I would activate it on my own because I needed to do it online to get the plan I wanted. The guy seemed confident enough, and he told me it would be cheaper if he activated it there, then I go online and change it. Seemed reasonable. I paid $30 in prepaid time to get the card activated and went back to the office.

It was then I learned that you can’t change to this plan, it has to be a new activation. $30 wasted. Considering my cell phone bill was going from $100/mo+ to $30/mo, it didn’t seem like the end of the world.

A couple of days later, with still no sign of my mail order SIM card, I think to try again. I go into a different T-Mobile store, and explain very clearly I need a SIM card, and I don’t want them to activate it, because I will do it myself.

I was sold a $10 SIM card, unactivated. When I get home I find out it’s completely useless without an activation code, which does not come with the card. After talking to support, it turns out I just basically threw another $10 dollars away.

So in total, I threw $40 down the drain because I wasn’t patient enough to wait for the mail. 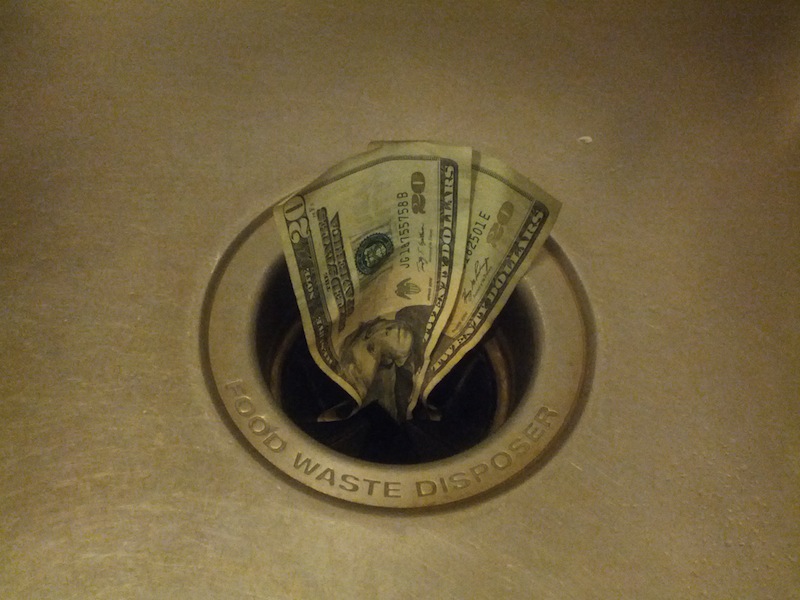 Don’t make my mistake, if you want the “Wal-Mart” plan, order your SIM card activation kit online (it’s only a dollar) and wait, or you know, go to WAL-MART. I’m not sure if you can bring your own phone and activate it in Wal-Mart, I didn’t try, but it might work if you want to do it brick-and-mortar style.

I’ve been using my new Galaxy Nexus on T-Mobile for a couple weeks now, and the experience has been quite good. The phone is fast, Android is a pleasure to use, and I haven’t had any issues finding apps. The T-Mobile service has been great, and I’ve been getting about 7up/2down Mbps connections over 4G. I’ve had reception drop out if I’m in the middle of a large building, but only rarely.

I’ve really enjoyed Google Wallet, which allows me to pay with my phone anywhere you see those RFID credit card readers. Interesting that most carriers block you from installing Google Wallet, which seems like a very Apple thing to do. Since my phone doesn’t come from a carrier, I don’t have to deal with that drama.

I’ll write more in-depth review of the Galaxy Nexus and the Nexus 7 soon. I just wanted to share my experience in making the switch to Android.

The iPhone 5 should be announced in a month or so. I’m not sure what they could anounce that would bring me back, but hey, I’ve go no contracts, I can switch back whenever I want. That’s a good feeling, and one I don’t plan to lose any time soon by signing another 2 year contract with a company I don’t much care for.